Charlotte firefighters were called to the house on Shorthorn Drive, near The Plaza, around 12:30 a.m. and were met with heavy fire and smoke coming from the house.

A neighbor gave Channel 9 photos of the fire, and another shared video, showing the large flames shooting from the roof.

The fire started on the side of the house and crept up to the gas meter where it ignited a wall of fire that engulfed the second story of the home.

Two people in their 20s were home along with a child and a pet. Their parents were out of town, officials said. 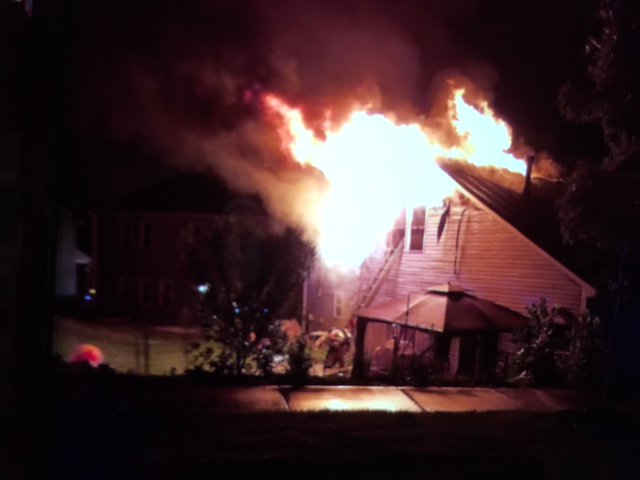 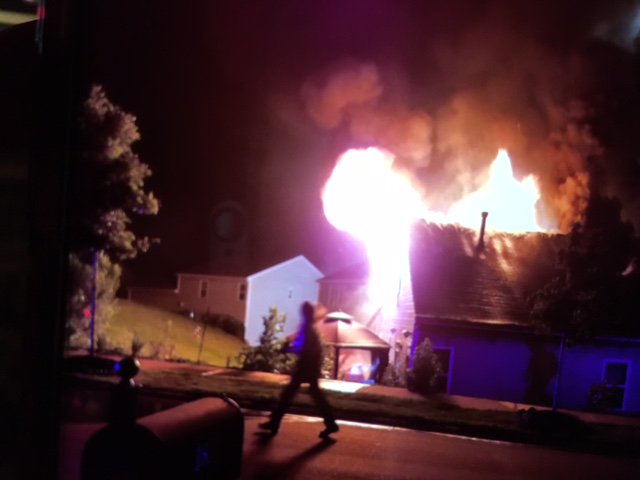 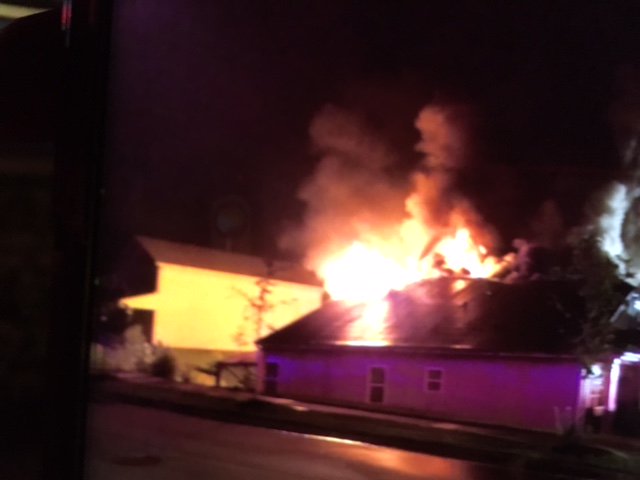 Smoke detectors alerted them to the fire and they were able to escape.

“He (the homeowner) did a lot of work in his house,” said neighbor Mildred Moore. “This was his pride and joy. He worked hard for this and now it’s just up in flames.”

The flames were intense but the fire never spread to any other houses because of the distance between homes.

There was a close call when a firefighter was burned by hot debris that fell on him, but authorities told Channel 9 his injuries were checked out and he was all right.

It took fire crews about an hour to get the flames under control but firefighters are still on the scene, making sure any hot spots don’t flare up.

Fire investigators said a discarded cigarette was to blame for the fire, which caused roughly $200,000 in damage.

Firefighters are closely watching the second floor of the home because it could collapse.

The Red Cross has been called to help the family.

Check back with wsoctv.com for updates on this story.